Give yourself a gift today. Choose one self-defeating habit and permanently replace it with a self-empowering one.
Happy New Year! 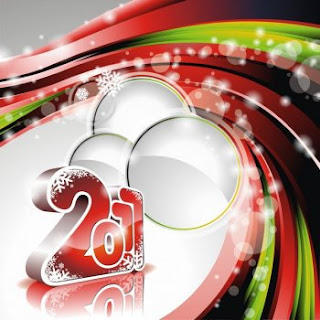 What a year it was! J
January….
> Troubled breathing after the countdown at CentralWorld 1.1.10. Rushed to nearby Police General Hospital. >> Prognosis: It must have been something I have eaten or the poor quality of air that midnight that made BemBem and Clang worried to death. It was definitely not a good sign for the year ahead..I thought.

>Then I had Sushi, my first boyfriend and yes… he is Japanese.
February…
> I lost my Ipod 32GB inside CentralWorld Cinema.
>It was also the start of sacrificing not eating at McDonalds which until now I am very proud of.

>Broke up with Sushi then I met Jaspal. We started dating….
>After 5 years staying here in Bangkok , decided to change abode in Silom Area and met a friendly uber fantabulous neighbor. J
March…
>The start of the Red Shirt demonstrations which resulted to a standstill at Bangkok Commercial District. I remember being petrified since I forgot my passport inside my locker at TrueFitness again in CentralWorld.
> Seek refuge to Ladprao thanks to Binibini for keeping me safe and sound.
> Jaspal and I got committed.
April…
>Travelled by land to Siem Reap in Cambodia and it was one greatest moment meeting Loven, Faith and Don.
May…
>The end of the Red Shirt Demonstration but the start of the Emergency Decree.
June…
>The start of the rocky relationship with Jaspal.
>Met the Playful Chef that brings my sexual life into havoc.
July…
>Settled the issues with Jaspal.
>Fall inlove to Playful Chef while having a relationship with Jaspal.
August…
>My emotional breakdown….I cried.
September…
>Start believing that Playful Chef was not the right guy. He was indeed my first LOVE. L
October…
>Playful Chef surprised me with a birthday cake, my first ever birthday cake. Then I start hoping that he will love me…. yes AGAIN! (Sheer stupidity)
November…
>Stop communicating to Playful Chef…for my peace of mind.
>Acquired Alexandria…my precious treasure. J

December…
>Officially broke and stop communicating to Jaspal.
>Emergency Decree lifted.
>Wonderful and blasting moment at Koh Samed.
>Won GOLD..literally and figuratively.
2010 has established myself as Mr. Handyman (thanks to Playful chef)…Mr. NiceGuy (thanks to Jaspal) but above all the labels … I am a positive free spirited guy who has embraced LOVE …shared HAPPINESS and of course surpassed the tribulations.
2011...I love! It will definitely be a great year ahead because this is MY YEAR! :)
Posted by ... at 7:41 PM